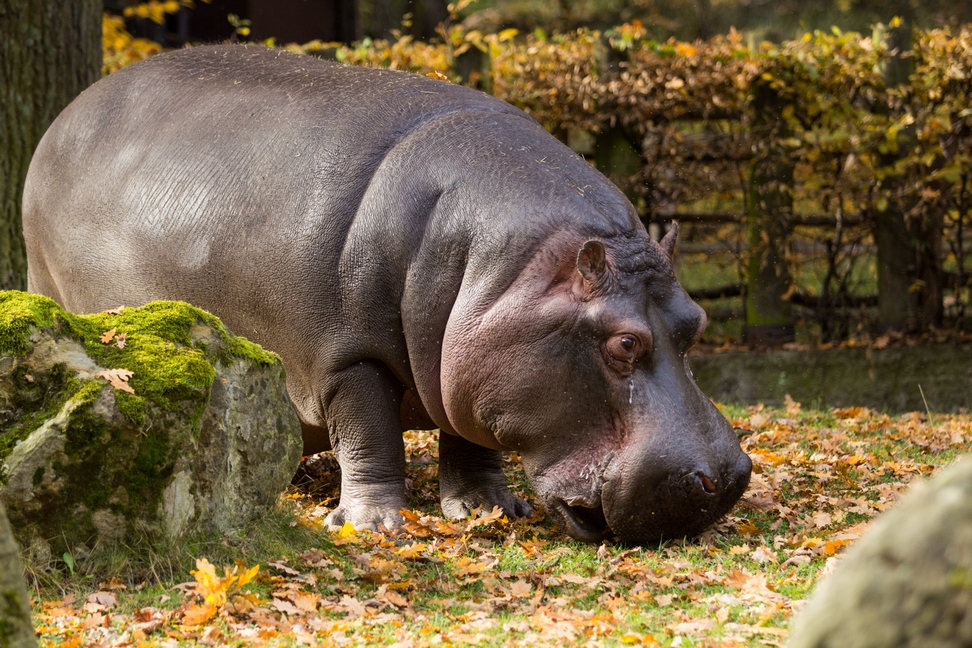 The mission of modern zoological gardens

The original purpose of zoos was primarily to acquaint visitors with as many different species of animals as possible, regardless of the animals’ needs. Animals that live in groups in the wild were often bred in one specimen and all of them in completely unsuitable conditions of small exhibits. A significant change has taken place in quite recent times, and today zoos are transforming not only into significant centres of relaxing and education but also into places where efforts are being made to save animal species, many of which no longer live in nature or might disappear in the near future. Evidence of this effort is the two conservation programs of European zoos known under the abbreviation EEP and ESB (American zoos have a similar program), and at the global level, there are sometimes international studbooks.

What are EEP and ESB?

If you see this abbreviation and the rhino emblem on an information board of an animal, it means that the species is involved either in the European Endangered Species Programme (EEP) or in the European Studbook (ESB) or International Studbook (ISB). Ostrava Zoo maintains the European Studbook of the Common Hippopotamus and Siberian Wapiti and the International Studbook of Indochinese Sika Deer. In addition, Ostrava Zoo is currently involved in more than 40 other EEP and ESB programs and will continue to seek to increase the number of the most endangered species in the composition of bred animals in the future.

What does it mean for an animal?

For each such species, a coordinator is designated. The coordinator is a specialist in a zoo who maintains a detailed studbook including all specimens of the given species kept in zoos. In a way, it is a detailed pedigree of all registered individuals. After consultation with the coordinator, for example, an Ostrava-born female of a certain species is moved free of charge to another zoo to the most suitable male. Thanks to this cooperation, the chances of keeping animals bred in human care in good condition for a long time and returning the species back to the wild are greatly increased once the situation and conditions are right.

The common hippopotamus (Hippopotamus amphibius) is the emblem animal of Ostrava Zoo as it has been kept here continuously since 1967. Although the common hippopotamus used to be an abundant African mammal, its numbers in the wild have declined dramatically - dropping by nearly 20% over the last ten years. For example, in the Democratic Republic of Congo, their population has shrunk even by 95% to less than a thousand individuals. Hippos are hunted for meat, teeth (which have the value of highly valued ivory on the black market) and as an obstacle to ever-expanding agriculture. They live today in 27 states of Sub-Saharan Africa, of which in 18 their numbers are falling sharply. Ostrava Zoo has been keeping the European Studbook (ESB) since 2006, the first edition of this book was published by the zoo in July 2007.

In the wild, the Siberian wapiti (Cervus canadensis sibiricus) occurs in the northeast of Kazakhstan, in the north of Mongolia and China, but especially in the southern part of Siberia in Russia. Although in the wild it is not an endangered species yet, this subspecies of deer is only rarely bred in Europe. It is no wonder that visitors can only find it in six European institutions. Ostrava Zoo has been breeding wapiti since 1964 and thus it is the Ostrava's longest-kept deer subspecies. Apparently on the basis of many years of experience, in 2012, the Ostrava Zoo was entrusted with the management of the studbook. At present, a nine-member herd can be seen in the Ostrava Zoo.

Indochinese sika deer (Cervus nippon pseudaxis) is the southernmost subspecies of an otherwise common sika deer. It has been completely exterminated in the wild and saved by farm breeding and zoos. At present, its repatriation (this time in southern China) is under preparation. Experts from Ostrava Zoo are also actively involved in this project. The first 20 editions of the International Studbook for this subspecies were published by the German Tierpark Berlin, but at the discretion of the World Association of Zoos and Aquariums (WAZA), this studbook has been regularly published in Ostrava since 2015.

Indochinese sika deer is now bred in a total of 38 institutions. The population in Europe is growing, but it is far from winning. Although the number of breeders of this deer subspecies is sufficient, there is a lack of a male reserve herd to allow better population coordination. In the USA, the situation is critical as the population there is stagnating, and, with the exception of San Diego, it is not even reproducing. The US population is thus likely to disappear soon.

How is it with the returning of animals to the wild?

Where possible, zoos, in collaboration with other institutions and individuals, seek to return animals to their natural habitat. This happens when the species has already been totally exterminated in its homeland or its population is declining and without human help, it would soon disappear from the wild. Why do species disappear from the wild so quickly?

1. The main cause is the loss of their natural habitat, connected with the growth of the human population and the expansion of agricultural production.

2. Despite the conservation efforts, poaching is still widespread, and unfortunately, there are still people in the rich countries who buy, for example, products made of furs of rare cats, a luxury ivory pen, and other items made of threatened wildlife body parts.

3. The trade in live animals has boomed, and there is a growing interest among people in richer countries, including the Czech Republic, for the purchase of attractive animals such as large parrots, tortoises, etc. However, these animal lovers contribute significantly to the loss of the species in the wild. Moreover, few people know that smuggled animals often do not survive transport in drastic conditions during the journey from their natural habitat, and each animal transported alive means several dead animals.

Among the best-known cases of return of species already extinct in the wild are the Przewalski's horse (Mongolia), the scimitar oryx (Tunisia), the golden lion tamarin (Brazil), and many others. The basic prerequisites for a successful repatriation are, of course, the undamaged original habitat, which, unfortunately, in many cases does not exist anymore, as well as the elimination of poaching.

Of course, the efforts of zoos to help conserve species do not only apply to species from distant exotic countries, but also to endangered representatives of the local fauna. Actually, this local fauna often does not do much better. In the 70s and 80s of the 20th century, Ostrava Zoo participated in repatriation (return to the wild) of the lynx, our largest cat, in the Bohemian Forest, Italy, Switzerland, and former Yugoslavia. In the Czech Republic, the last wild lynx was shot in the 19th century. At present, the zoo participates in the return of the highly endangered barn owl and little owl to our nature. Several breeding pairs of barn owls raise about 20-30 chicks each year designated to be released into the wild. By the end of 2018, already more than 400 of them were handed over free of charge.

Today, the mission of modern zoos is to educate visitors. At Ostrava Zoo, this is done by the Public Relations Department, whose activities include teaching and promotion.