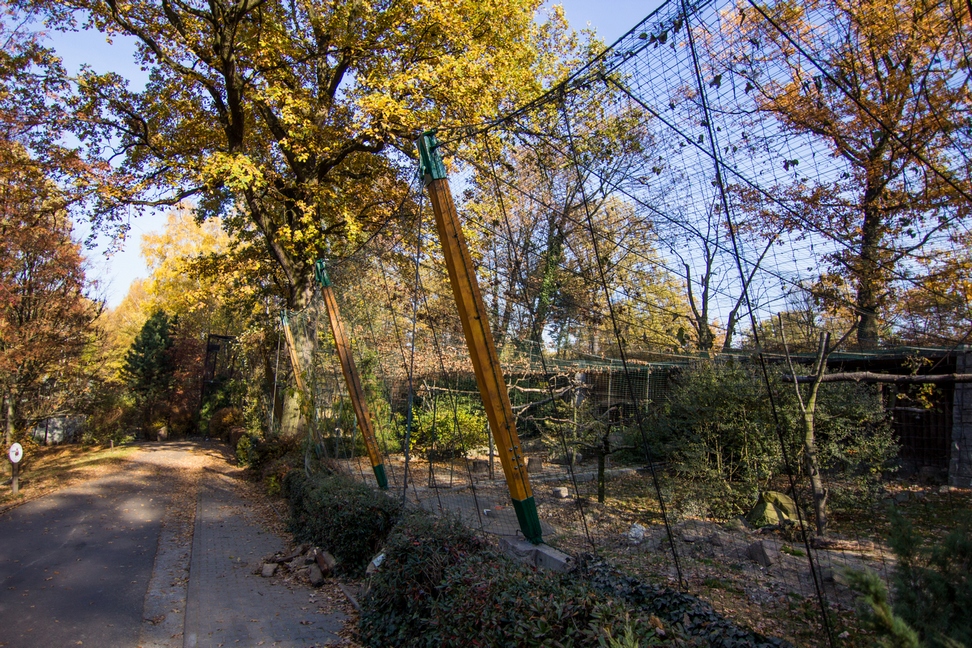 In 1997, aviaries replaced the totally unsuitable old cages. In addition to birds of prey, other groups of birds are also kept here. Some of them are in the exhibit only during the summer.

The Andean condor (Vultur gryphus) is one of the largest flying birds in the world with a wingspan of up to 3.2 metres and weight of up to 13 kg. Its habitat is the Andes of South America. It feeds on carrion and it is able to eat up to 8 kg of meat during one feeding. Together with the condors, the aviary also features a relative of the falcon, the Crested caracara (Polyborus plancus).

The Bearded vulture (Gypaetus barbatus barbatus) once lived in the Alps, where it was wiped out in the 19th century. A number of European zoological gardens, including the one in Ostrava, have become involved in a successful programme for the reintroduction of bearded vultures to the Alps. The bearded vulture is a food specialist and 85% of its food is composed of bones. It drops bigger bones, which it cannot swallow at one go, onto a rock from a height of up to 80 metres. Then it swallows the bone fragments.  It digests them without any problem thanks to its very strong gastric juices.

You can also see the Cinereous vulture (Aegypius monachus) and during the summer months the Hooded vulture (Necrosyrtes monachus), the King vulture (Sarcoramphus papa) and a representative of the Anseriformes order, the Spur-winged goose (Plectropterus gambensis gambensis).