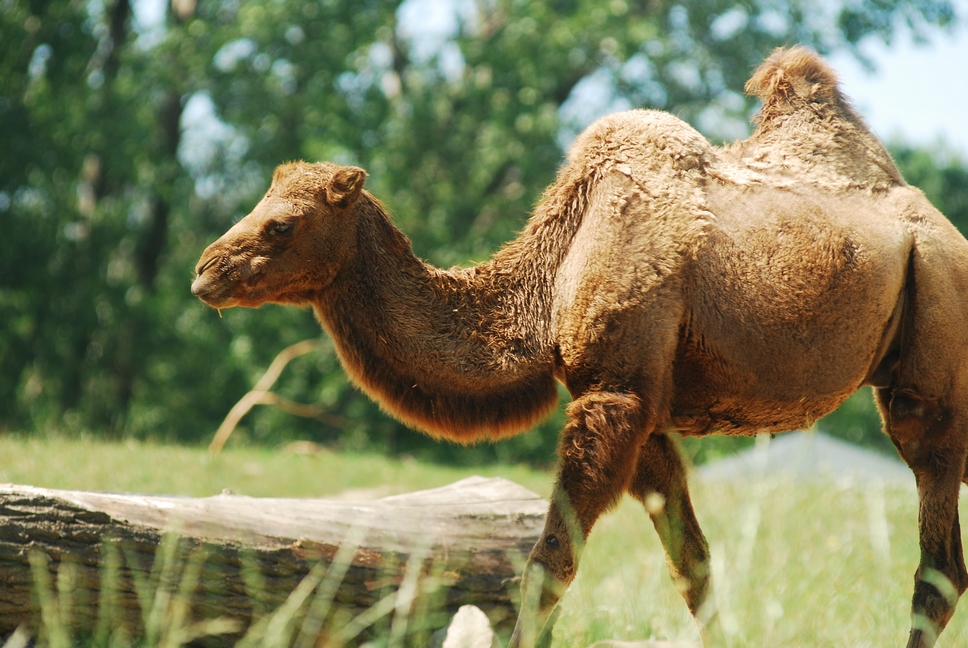 The enclosure opened in 2002 and its inhabitants come from an area in Central Asia. Aside from the domestic breed of Mongolian sheep (Ovis ammon f. aries), the inhabitants also include a domesticated form of Two-humped camel (Camelus ferus f. bactrianus). The camel is an undemanding and resistant animal, well adapted to life in hostile conditions. For winter it “dresses” in very thick yet fine hair, which falls off in large tufts during spring. Thus a camel from which shreds of hair are hanging in spring is not ill – this is an entirely natural process of moulting.

The camels bred at the Zoo are, as a rule, domestic; the wild form is critically endangered and their number is decreasing rapidly. The last of the wild camels (less than 1,000) live in the Gobi Desert in Mongolia and China.