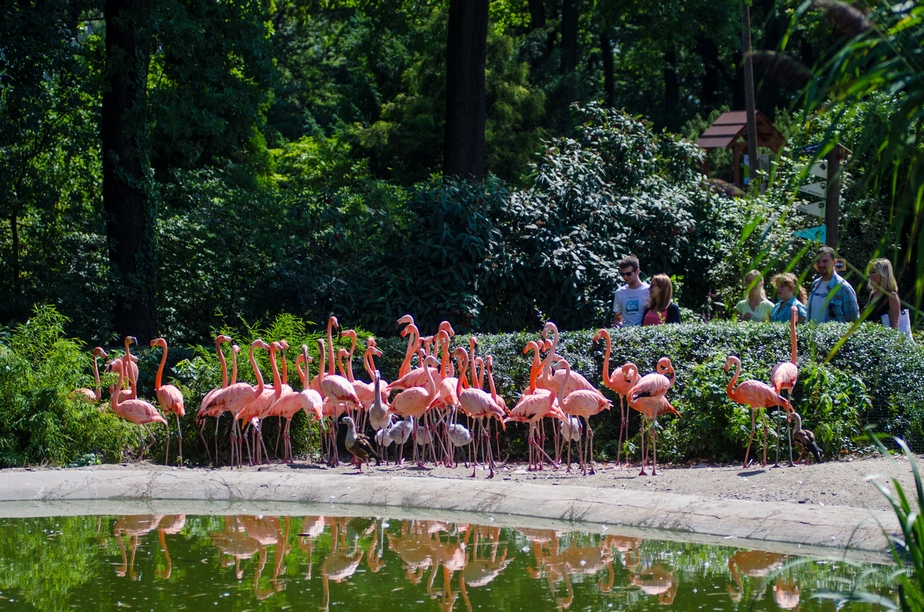 The first exhibition that welcomes you is occupied by birds from the regions of Central and South America, which are dominated by a flock of Caribbean flamingos (Phoenicopterus ruber ruber). From all flamingos, they possess the most intense colouring.  In the wild, this is caused by the pigment contained in algae and small crustaceans which flamingos feed upon. They obtain food by straining water through their hooked beaks. To preserve their vivid colour in human care, we add beta-carotene to their food. The strange heaps of soil you see in the enclosure are flamingo nests. As a rule, they lay one egg in their nest. A hatched fledgeling is covered in grey down. It is fed by both parents, namely with a mushy substance from the bird’s crop (similar to pigeons).

The exhibition is also occupied by the White-faced whistling-duck (Dendrocygna viduata).