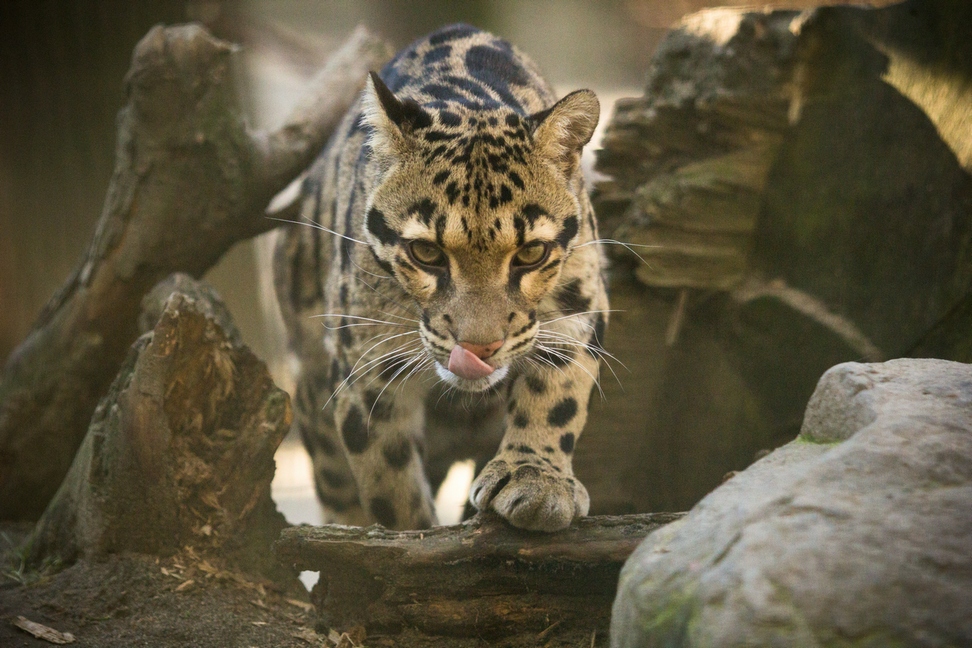 The Carpathian lynx (Lynx lynx carpathicus) is the largest feline in Europe. At the turn of the 20th century, it was exterminated in many areas. In the 1980s, the Ostrava Zoo participated to a significant extent in reintroducing the lynx to the wild in several European countries.

The Clouded  leopard (Neofelis nebulosa) is the smallest subspecies of the big cats. It inhabits the lowland and mountain forests of South and Southeast Asia. It can be found in the Himalayas up to 2,500 m above sea level.  The entire area where it lives experiences the fastest deforestation on Earth (over 10% of the area within the last 10 years). In addition to the loss of its habitat, this beautifully coloured cat is also threatened by illegal hunting and trade in its fur and bones.