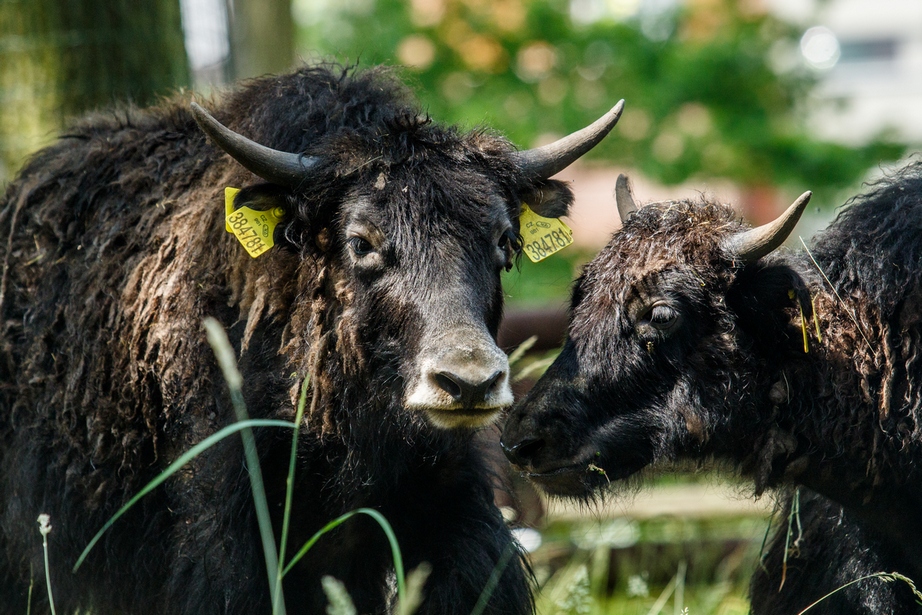 This exhibit from 2005 is home to Shetland ponies and Yaks.

The Donkey (Equus africanus f. asinus) is a descendant of African wild asses (the Nubian ass and the Somali wild ass). Its domestication probably took place as early as 5,000 years before Christ. The ass was used as a draught animal, for riding, and for carrying loads. Today it is bred e.g. in the Mediterranean area countryside, in the Balkans, in South Asia, and in South America.