Animals of India and Ceylon 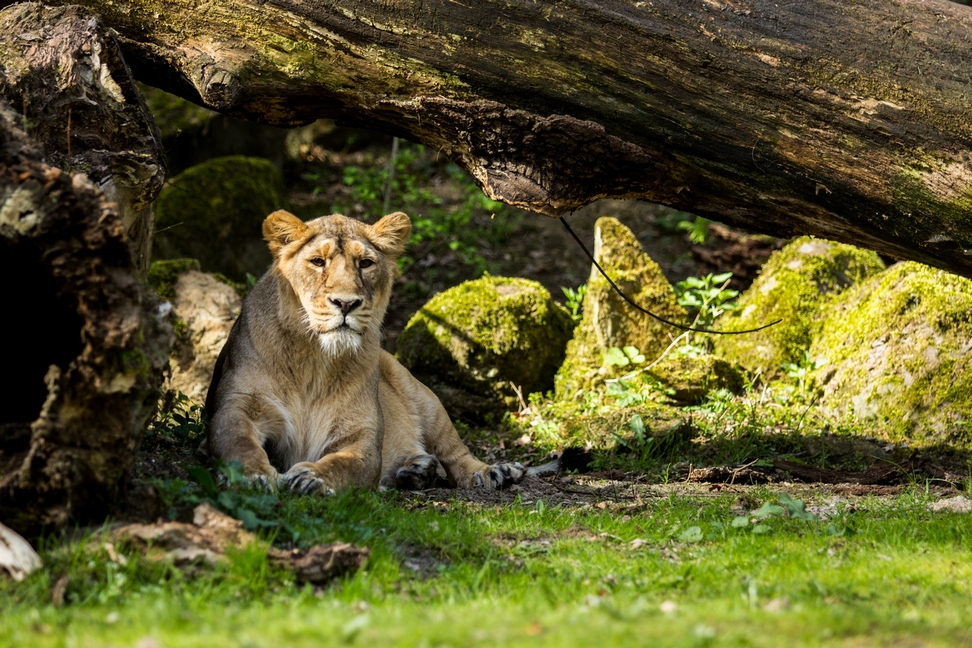 Binturong (Arctictis binturong) is a representative of a lesser-known group of the Viverridae family. It lives in the dense forests of Southeast Asia and is mainly active at night. When climbing trees, it uses its prehensile tail for assistance. It is an omnivore and feeds to a great extent on fruit.

The Fishing cat (Prionailurus viverrinus viverrinus) lives near water, marshes and in mangrove growths. Between the fingers of its forelimbs is webbing and incompletely retractable claws. This helps it when obtaining food, which is comprised of fish, frogs and other small aquatic animals. It can even dive for its food.

The enclosure from 2000 is occupied during the warm months by the Asian lion (Panthera leo persica). The population of rare Asiatic lions is currently estimated at 350.  They live in the wild only at the Indian National Iark in Gir Forest. This subspecies is on the brink of extinction, particularly as a result of poaching and the shrinking of its natural environment. It also falls victim to fast passing cars and trains. With the breeding of pure-blooded Asiatic lions, the Ostrava zoo has joined only a few zoological gardens where this lion subspecies can be seen. It differs from the African lion, among other things, by the longitudinal fold of loose hanging skin on its abdomen.