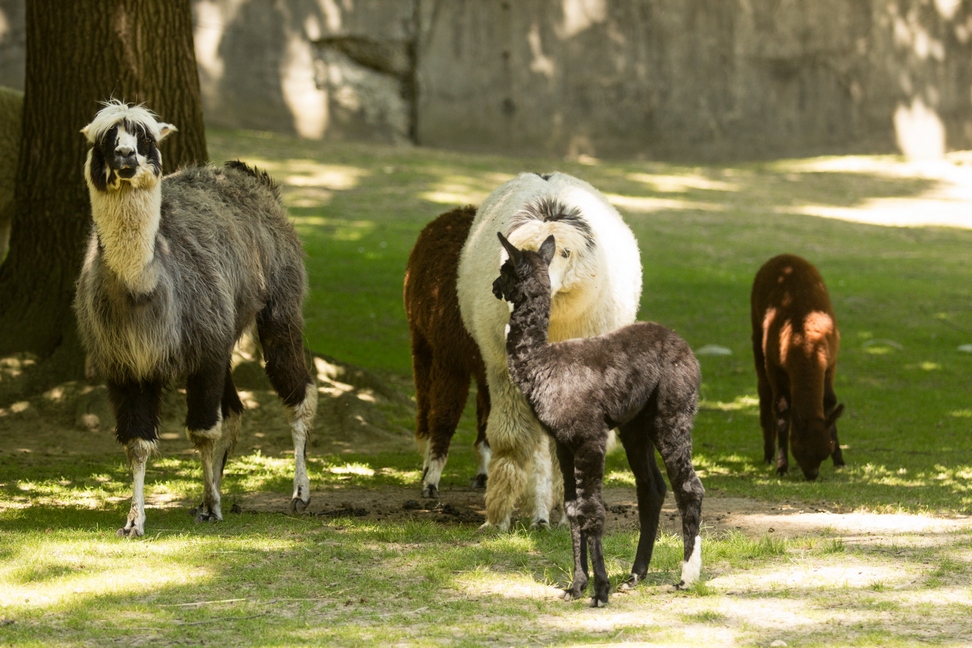 The Alpaca (Lama guanicoe f. pacos) is a domesticated animal originally utilized by the South American Indians. The Alpaca is bred for its high-quality wool and its meat.

Together with the alpacas the enclosure contains Greater rhea (Rhea americana) – the largest flightless bird of South America.

The trees in the llama enclosure are a favourite “lodging place" of the Indian peafowl (Pavo cristatus), which can move with complete freedom at the Zoo. In addition to the coloured birds, you may also see completely white peacocks.