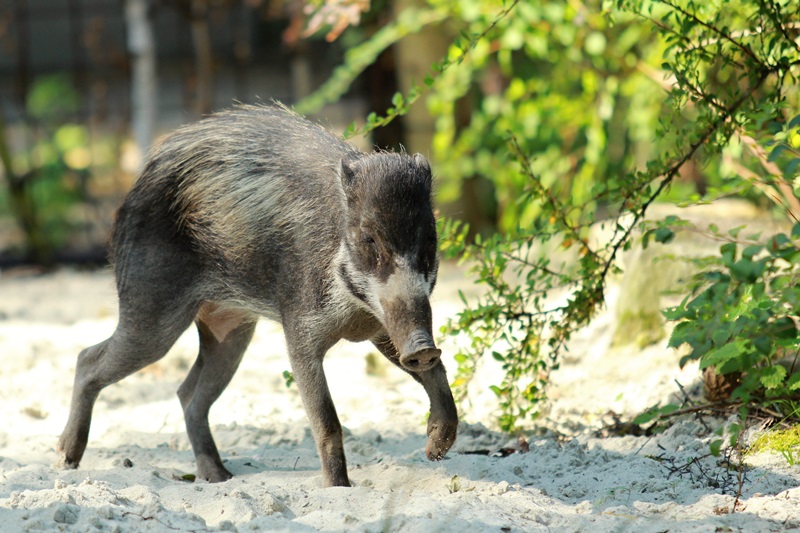 The Visayan Warty Pig (Sus cebifrons) is endemic to the Western Visayan Islands. At present, it is only found on the island of Negros (3rd largest Philippine island) and Panay. Its natural habitat is the rainforest, which is quickly disappearing due to conversion of the countryside to agricultural land. In addition to the loss of its environment, its greatest threats are due to excessive hunting and interbreeding with other pigs.  The combination of these factors, together with the fact that this species lives within a limited area, puts it on the list of "critically endangered species".  Due to this situation, zoos play a key role in its rescue.  It is only a small step away from disappeariing from the wild altogether.

The Visayan Warty Pig’s diet consists mainly of bulbs, roots, various fruits, but also small invertebrates.  It looks for food in the soil by using its long, smell-sensitive snout.  By loosening the soil on one end and planting seeds in its droppings along with nourishing the soil with fertilizer on the other, it has earned the title of forest gardener, thereby fulfilling a significant ecological role in forest regeneration.