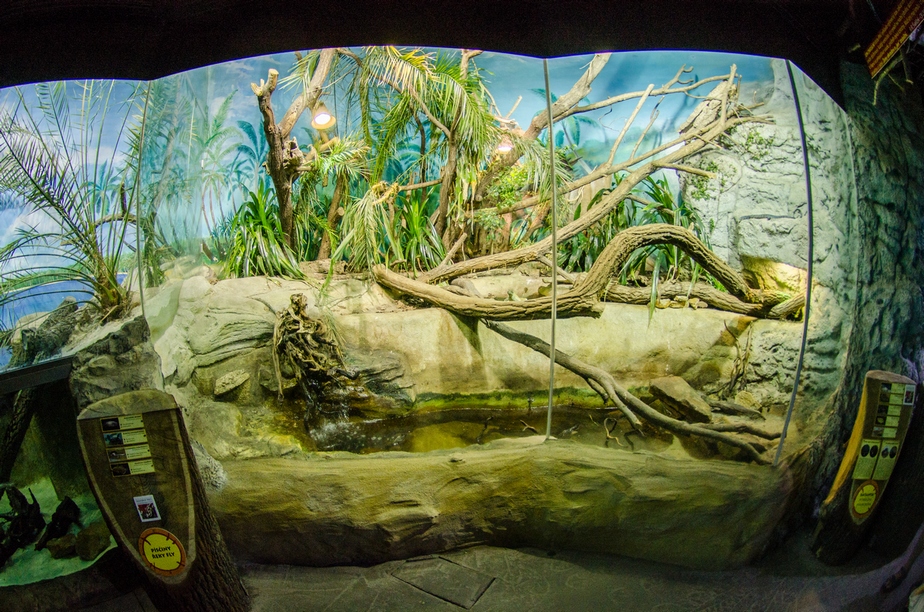 Exhibit integrating aquatic and terrestrial environments is so far the largest of its kind. Designed to illustrate the natural tropical systems of Papua-New Guinea, it presents local animal species at risk which include turtles, reptiles and fish. These groups had been under-represented in Ostrava, but are now more prominently featured for our visitors.

From the abundance of displayed species, it is worth mentioning the pig-nosed turtle - a creature resembling sea turtles, the Australian bonytongue - a large archaic predator fish, and the blue tree monitor - an arboreal animal with a lovely blue and black prehensile tail.

The fact that the building is completely free of any barriers, plus the way each exhibit is designed, allows everyone to view the wildlife indoors. This view is even obtained from ground-level, whether sitting in a wheelchair or pushchair. In fact, the Ostrava Zoo has made the commitment to continue making its grounds as accessible as possible for disabled people.