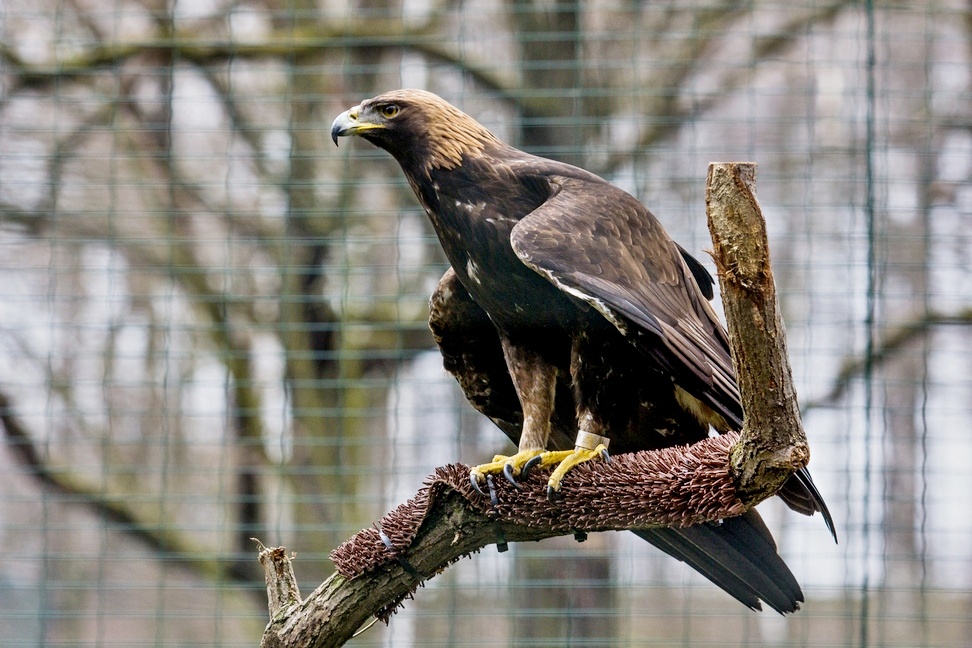 Golden eagle (Aquila chrysaetos) is a huge bird of prey with a wing span of 190-220 cm. Golden eagles can live up to 38 years in wild, and even up to 50 years in human care. Golden eagles live in permanent pairs after reaching adulthood.

Golden eagles are birds of prey that represent the peak level in the food pyramid. They do not have natural enemies except humans and play an important role in creating the ecological balance in unique conditions of mountainous and mid-level areas.  They are able to hunt prey from the size of vole up to fox, buzzard or pigeon.

From many historical sources it is clear, that Golden eagles used to nest in mountainous as well as in wooded lowland areas in Czech lands. In the 19th century, they nested regularly in Krkonose, Orlicke, Jeseniky and Beskydy mountains. Due to intensive hunting from humans, Golden eagles have disappeared. Czech Republic together with Ireland is the only European country, where Golden eagles were totally killed off as a nesting species.

Since 2006, Ostrava Zoo takes part in the project „Return of Golden eagles to Czech Republic“. The aim of this project is to set free 15-20 individuals of Golden eagle in the area of Moravskoslezske Beskydy, thus creating a stable nesting population as it was 150 years ago.

Thanks to this project, the very first offspring of Golden eagle has hatched in Czech Republic in 2013 after more than 100 years long break and was given a symbolical name „Anezka“.