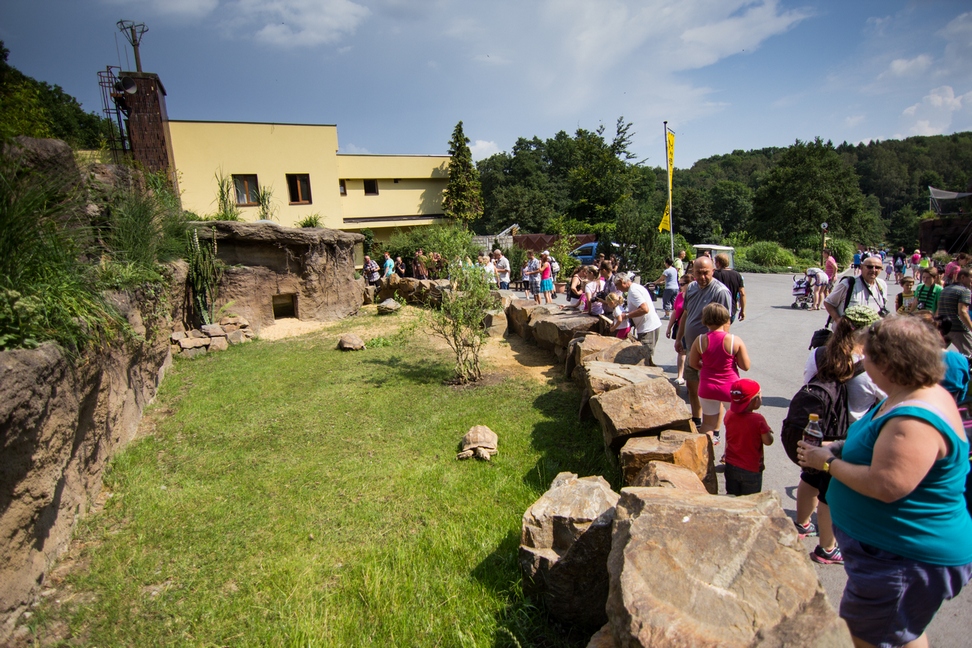 The African spurred tortoise exhibit was opened in 2016 and can be found by the entrance to the House of African Animals. It consists of an outdoor enclosure and an indoor heated facility. The outdoor exhibit is bounded by a low stone barrier which the visitors can sit on and watch the animals at close quarters. The indoor facility imitates a hut of indigenous people or a cave (depending on each visitor’s fantasy) inside which the tortoises can be seen in bad weather.

African spurred tortoise (Centrochelys sulcata) is the third largest tortoise species. Its original habitat covers dry savannas and semi-deserts along the southern edge of the Sahara Desert, from Senegal in the west to Sudan and Ethiopia in the east. The tortoise is well adapted to high temperatures and drought – it excavates burrows in the ground, or in some areas it is mainly active at night. Its forelimbs are covered with armour-like scales which are useful for digging. Adults can weigh up to 100kg and the carapace length can reach 80 cm (rarely even 100 cm). Nowadays, this species is rare and threatened by extinction.