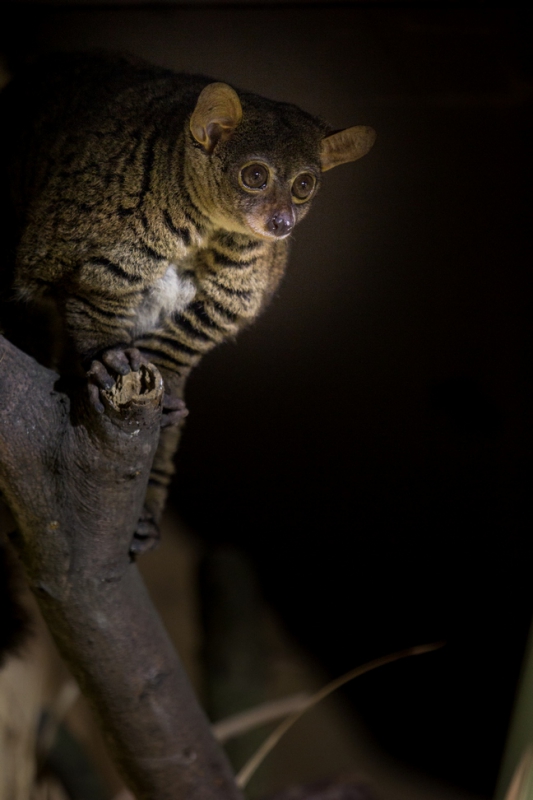 Nocturnal exhibits are based on a reverse light regime. The lights in the exhibit are switched on during the night, and on the contrary, during the daytime the night light conditions are created by the blue light by which the animals are not disturbed. Therefore, the visitors have a chance to see nocturnal animals naturally active.