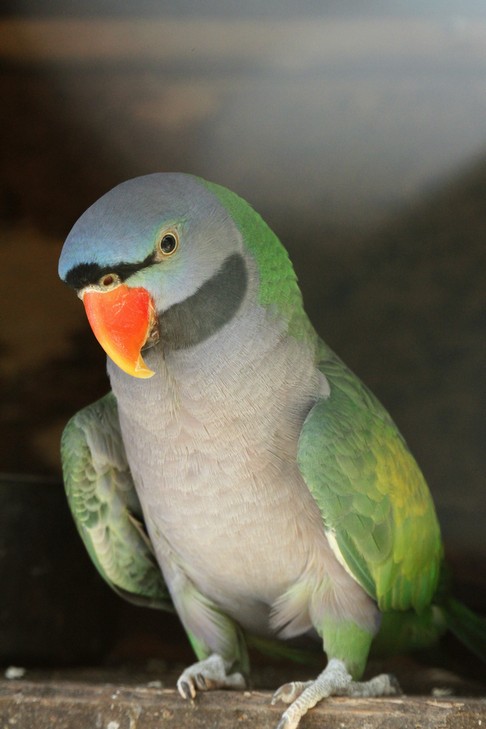 Derbyan Parakeet (Psittacula derbiana) belongs among the most colourful parakeets. Adult male and female are easily distinguished thanks to the different beak colours (upper part of the beak is red in males and black in females) and different plumage. Young individuals are not that colourful. It lives only in the mountains of Tibet and China (Sichuan and Yunnan provinces) and in Indian states of Arunachal Pradesh and Assam. Its biotope are coniferous and mixed forests, rhododendron undergrowth and cultural landscape at altitudes of 1,250-4,000 m. It feeds predominantly on tree seeds and various berries, but it also forages in grain and corn fields and fruit orchards. It nests in tree cavities. A female usually lays 2-4 eggs, the young hatch after 23 days of incubation and they are fully feathered when 8-9 weeks old. This hardy, colourful parrot is listed as Near Threatened on the IUCN Red List of Endangered Species, especially due to cutting of old trees important for their nesting, and due to poaching and illegal wildlife trade.