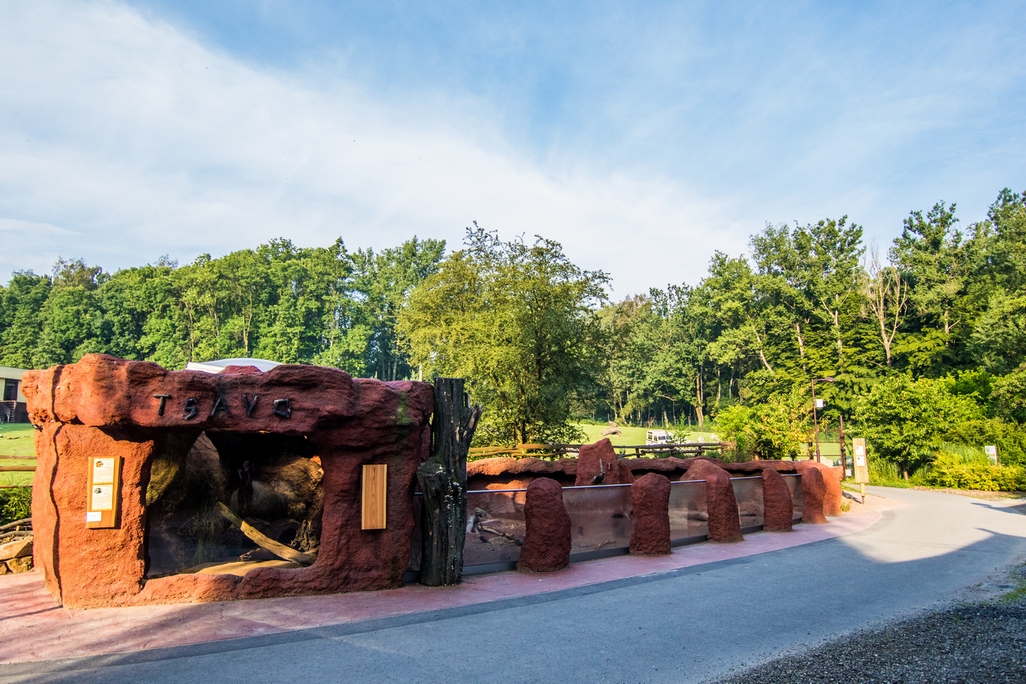 The new exhibit is inhabited by carnivorous dwarf mongooses together with Cape porcupines. It is located under the enclosure of African ungulates near the Safari Express stop. The new breeding-exposition facility was named after the Tsavo National Park in Kenya, where both species occur and which was also a model for the construction of the exhibit.

It is the smallest representative of the Herpestidae family. It inhabits grasslands and dry sandy or rocky gravel areas of West Africa from Ethiopia through Botswana to Angola. It is active during the day. It lives socially in family groups with 20-30 members led by a dominant female. Usually only the dominant pair reproduces, but all the members of the group take care of the young. Mongooses hide, sleep and give birth to offspring in rock or ground cavities, abandoned termite nests, or they dig their own burrows.

Together with the common porcupine, it is the largest African rodent. It inhabits savannas and grasslands of southern Africa. Its body is covered in transformed hairs – spines – which are fastened in the skin very loosely. In case of danger, the porcupine bristles and starts to menacingly rattle with its spines, and if it does not scare the enemy away, the porcupine tries to stab it.

Sometimes, spines are released, exceptionally also "fired", by rapidly pulling the muscle around a spine. Porcupines are active mainly at night, resting in dens under stones or in former aardvark burrows during the day. It has poor sight, but can hear and smell very well. Immediately after birth, offspring have open eyes, developed teeth, and soft spines which get hard within the first 10 days.