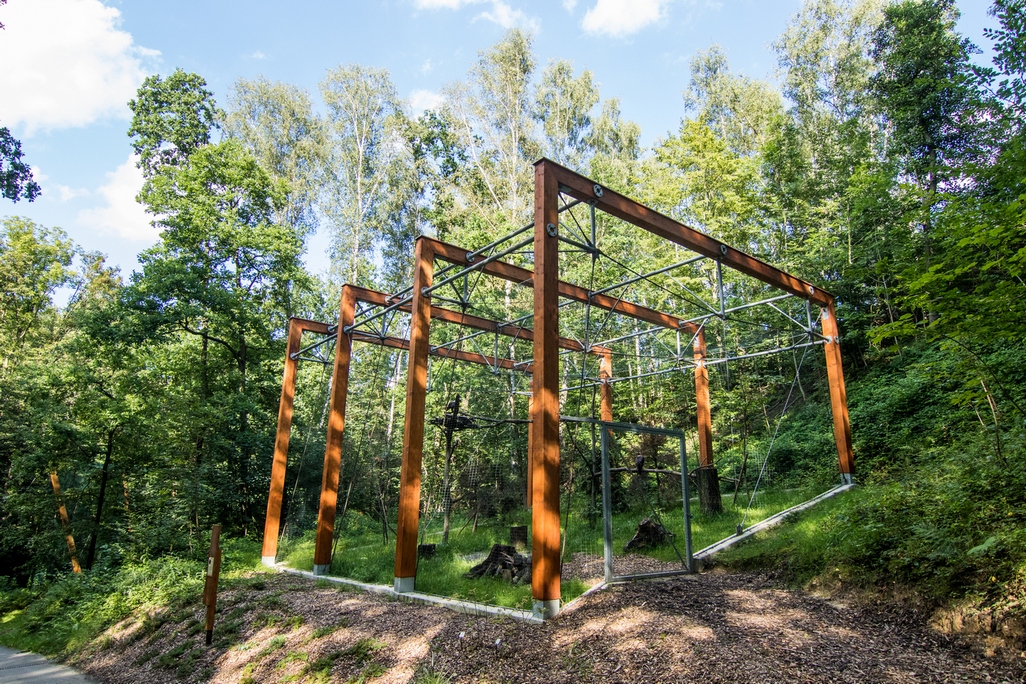 Near the owl aviaries grew a large aviary for endangered eastern imperial eagles (Aquila heliaca), one of the largest birds of prey in the Czech Republic weighing up to 4.5 kg. On the international Red List of Threatened Species, they are listed as "Vulnerable" with an estimated population of up to 10,000 adults. Most of them occur in Russia and Kazakhstan. In the Czech Republic, this eagle is one of the critically endangered animals. Since 1998, 2-3 pairs have only very rarely nested here, in 2017 the number increased to more than 10 pairs trying to nest. Five of them eventually managed to raise record ten chicks. In the same year, however, two eastern imperial eagles were poisoned by carbofuran. That is why the Ostrava Zoo also focuses on awareness-raising and the fight against the use of poisoned baits, which still belong to the real threats not only to these majestic predators.